Hi everyone and thanks for the prayers as we moved Mackenzie to North Carolina. I’ll update you all…..um….I mean “y’all” about that next week. (Better get used to talkin’ southern as my Midwestern daughter will soon be converted, I’m sure!)

This week, I want to introduce you to my friend and fellow author Jonni McCoy of Miserly Moms. Be sure to leave a comment. She has a great book to give away to a few of you who do! 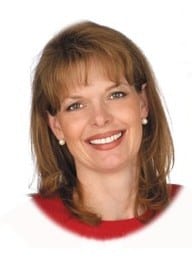 Jonni is one of the leading experts on shopping and frugal living and has been helping increase the shopping power of people for twenty years.  Her first book rocketed to best-seller status, giving people a refreshing perspective on being frugal — one that refused to give up a sense of class or fun. Since then, her workshops, articles, additional books and media interviews have brought money-saving skills to people across the nation. Jonni’s best-seller, Miserly Moms-Living Well on Less in a Tough Economy had its fourth edition released in May, and her cookbook, Healthy Meals for Less, was released in September.

Now for our interview…

Jonni, you are known as the ultimate “miserly mom”. What got you on the road to being frugal? Did you grow up that way?

Parenthood brought about many changes — but frugality was not one that I expected. My husband and I had a pleasant lifestyle. Adding a child made it even more pleasant. But, as the years went by, I could see that I had to make a choice. What was best for my child?  I am not frugal by nature: It was something I had to learn in order to survive. I was raised overseas, where we lived in large homes with at least five servants. I attended private schools and a University. We traveled to exotic countries for our vacations, several times per year.
After my son turned three years old, I began to see the importance of having a mom at home with a child in order for him/her to grow up well. But there was no way I could quit because I was earning 55% of our family income and we lived in an expensive area (San Francisco Bay Area )
So began our odyssey into frugality.

What areas do you feel women spend too much money on in our society? What can they do instead to save money?

I see people spend way too much for groceries and eating out. Families have become so busy that premade food and prepackaged snacks are a staple in most homes. The average grocery bill is almost double what it needs to be. That goes for eating out as well. The average family spends $100 per week (or $5000 per year) eating out. That’s a lot of money.

Tell us about your book Miserly Moms. How did you come to write it and what topics does it cover?

I did tons of research to learn every trick for every penny I could save. I eventually arrived at what I call the Eleven Miserly Guidelines. When I follow all of them faithfully, I could feed a family of four on $40 per week (in 1991). This may sound extreme, but the results were amazing. We were able to stay in our home, keep our cars, have another child, keep me at home, and even go on vacations.

Many people think that my husband must have been making a bundle to make this happen. He wasn’t; and with my loss of income, we were living on half of what was the average household income in our region. As people saw that we were still healthy, happy and didn’t dress frumpy, people asked me to copy my notebook of ideas. I did that for awhile then my husband encouraged me to write them into a book. That notebook became Miserly Moms.

You are offering a great giveaway to readers out there. What is it?

I am offering two of your readers a copy of Miserly Moms (4th edition just released in May). I hope it will help them to live well in our tough economic times too!

Awesome! Thanks for visiting with us today, Jonni!

Okay….now for the giveaway. Leave a comment anyday this week letting us know the area that it is hardest for you to get under control when it comes to spending. Is it groceries? eating out? Impulse mall shopping? Clothes for your kids? College debt?

Two winners will be announced next Monday to win a copy of Jonni’s helpful book!