When I was little, my family didn’t formally celebrate Lent.

So did many of the neighborhood kids; especially the big, Catholic families with lots of siblings running around. (We could throw together a kickball game in no time as long as we could get one of those families to come!)

Lent always intrigued me. The ashes on the forehead, the ordering a fish sandwich on Fridays instead of a burger up at the local McDonalds.

I remember wanting to not only know what it was all about, but to be invited to the celebration too.

Later, in high school, I began to attend a church that did celebrate Lent (but allowed us to choose what we would give up). Ta-da! I now not only learned about the observance on the Christian calendar, but felt included in the party.

Over the years, I’ve given up sweets, a particular TV show, soda-pop and other assorted indulgences.

In recent years, however, I have stopped giving up something for Lent. Perhaps you will want to too.

Now, I take on something for Lent. Like serving in a soup kitchen once a week. Taking a hurting soul out for coffee every Saturday or acquiring a new habit like walking or reading the Bible before hopping on the computer.

This year, I have decided to take on writing a note of encouragement or thanks to someone each day of Lent.

Care to join me? 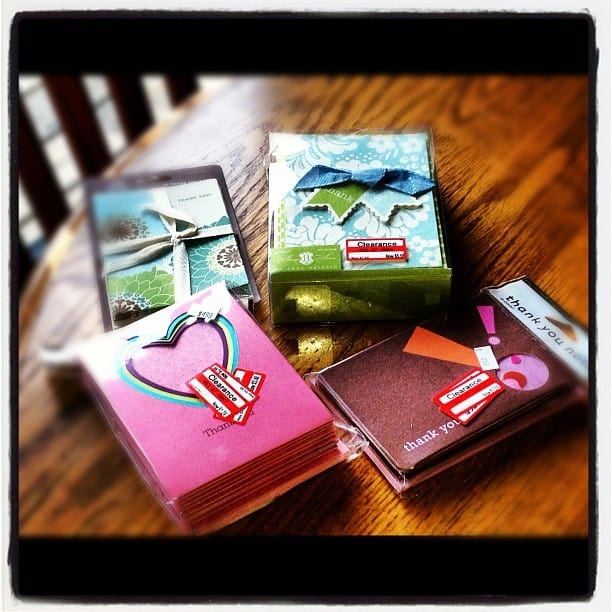 I found some clearance notecards at Target yesterday. So, I bought four additional packs so four of you could join me in the note-jotting adventure. One pack should get you started on your way to gratefulness and cheer.

If you are a traditional Lent-observer, may God meet you as you sacrifice an indulgence over the next six weeks.

If you have never joined the celebration, how about this year you do?

But don’t give up something for Lent.

*Tell us about you & Lent. Do you observe it? Give something up? Want to join me in taking something on? The four comments selected at random will be announced Thursday.