NOTE: The winner of the hospitality gift basket is: Jenn M.

Don’t forget to join us for our upcoming online hospitality study. Click here for details.

I love reading stories of lives changed because of Christ.

Whether it is the apostle Paul, who once persecuted Christians, turning into a bold believer or my son’s new friend David (whom he met at a gas station) who recently left a life of drugs and sin for a life lived scouring and devouring his new Bible and learning about God in church each Sunday.

They are authentically fresh.

They haven’t been trained to give “Sunday School” answers or rattle off a list of legalistic “dos and don’ts” without having a clue what the Bible really says about them, only what they have been told “real Christians” believe.

They also seem to have a genuine quality about them that I find incredible— and sadly often lacking in the lives of believers who have walked long with Christ–(me included!) It is this:

They read the Bible and it changes their life.

The woman, a new believer, who reads that adultery is a sin–and then promptly moves out of her boyfriend’s home although she has no placed to go.

The once tax-cheating businessman who reads God’s word one day and becomes so convicted that he figures out how much he owes the IRS by his cheating and pays it back.

I stumbled across one such person recently.

First I saw her on the national news.

Then my friends Courtney and Clare were able to have dinner with her.

Last week, she and I met (via email) and I discovered a bold young Christian who recently one day read her Bible and it changed her behavior.

She read that her body was to be for her husband’s eyes only. (Perhaps not a verse too hard for a middle-aged mom like me to obey. You know, make sure my summer shorts aren’t too revealing and such.)

For her, however, reading this scripture with the intention of obeying meant she would need to walk away from some activities in her life.

Oh yeah, and from a LOT of money.

You see she was a Victoria’s Secret model.

Kylie– how did you first get started modeling?

I first started modeling at age 14. My mom any out some headshots of me to local agencies and I got picked up by one. They sent me to Thailand, Japan, and I moved to New York by myself at age 16. 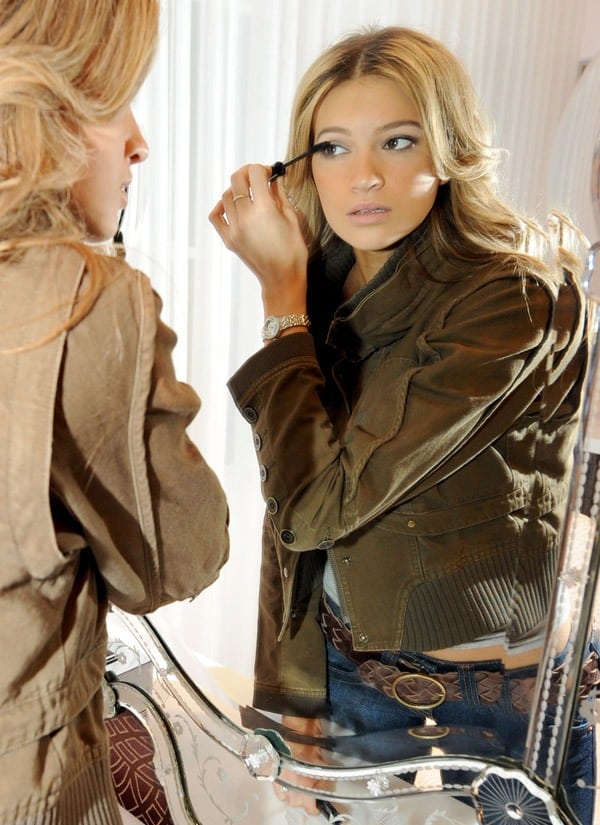 What caused you to begin to think you might want to stop taking on certain jobs that you felt were in conflict with your faith?

God works in His children in His timing. I wasn’t even convicted about certain jobs five years ago that I’m convicted about now. He is just continuing to mold me and shape me into His image and it’s a daily thing.

Christ opened my eyes to the fact that I wasn’t honoring Him or my husband by modeling in lingerie and other things. He showed me through His word how to change and He completely reshaped the desires of my heart that were not centered on Him two years ago.

How have others responded to your decision– both those in your family and circle of friends and those in the industry?

All of my friends and family love my decision and are so thankful to God that He has changed my ways.

I have gotten a few negative responses from people in the modeling industry, but no matter what choices people make in life there will always be someone out there who doesn’t agree.

I know you’ve said publicly that you want to be a role model for young girls. What is the most important piece of advice you want to relay to them?

Christ is the ultimate role model, so I’m just striving to live in His image and hope that other girls will see what that looks like. I want girls to see themselves as Christ sees them, for their hearts; their inner beauty and not their outward appearance.

As I have viewed some of her on-air interviews, I have been impressed with how she says that reading her Bible was what made her leave behind modeling articles that were too revealing.

Some people who say they are believers, when finding out she has been a Christian for a few years but only recently became so convicted she walked off the runway of immodesty, have chosen to criticize; to finger-point or slam publicly with cutting comments on websites.

I actually was very convicted by her actions.

How many of us who have been believers for YEARS do what she did–read our Bible and then make a change let alone one that costs us friendships, status or money?

No, we read  about having a gentle tongue…..and then close our Bibles and a few minutes later snap at a family member with a cutting tongue instead.

We read we are not to gossip…and then we hop on the phone to “discuss” another person with a friend, cloaked cleverly as a prayer request of course.

We read…..but we don’t always change.

This gal read and then was changed.

When I grow up, I want to be more like her!

Since I am featuring Kylie today, I have asked two friends, both in the fashion industry, if they would offer a giveaway of their books and they agreed.

The second is Fashioned by Faith by model Rachel Lee Carter of Modeling Christ. 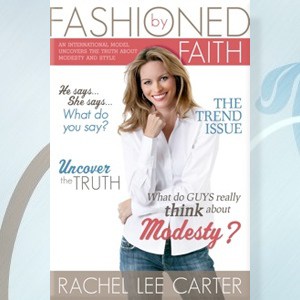 To be entered to win a signed copy (we’ll give away a couple of each book), leave a comment of encouragement or a prayer for Kylie here (she has been under attack big time!) or tell us what your greatest fashion challenge is.

Mine currently is trying to fit the pant legs of my jeans into the trendy boots my daughter got me for Christmas. She told me I need to lose the boot-cuts and get me some skinny jeans!

Please note: We kindly ask that you keep your comments to the areas specified above. We realize that there are still many pictures out floating on the Internet that Kylie wishes she could remove but she simply can’t. And remember please, we are talking today about letting the Bible alter our actions not debating definitions of modesty. Thanks!