“Whoever restrains his words has knowledge, and he who has a cool spirit is a man of understanding.” Proverbs 17:27 (ESV)

When I was a little girl, one of my favorite places to pass the time was on our couch, snuggled up on my father’s lap, watching television. One of my dad’s favorite programs was also one of mine — the Andy Griffith Show. The plot centered around the folk of a small town named Mayberry and featured Sheriff Andy Taylor, a widower, his precocious young son, Opie, and their loving Aunt Bea who kept things together on the home front.

But my favorite character of all was the sheriff’s bumbling sidekick, Deputy Barney Fife. I laughed my way through Barney’s antics.

Trigger-happy Barney prided himself on being “quick to the draw,” and he loved to “watch the lead fly.” He would frantically grab for his gun whenever there was an utterance of trouble brewing. In haste and excited recklessness, he would try to draw his pistol from his holster to protect the town from evil, but in doing so, he’d quickly shoot from the hip and shoot himself in the foot instead.

Now before we get lost in idioms and Mayberry reminiscing, let’s make a practical application. We might not carry a deputy’s pistol, but we shouldn’t shoot from the hip with our words either. Better said, we shouldn’t “shoot from the lip.”

Today’s key verse from the book of Proverbs states, “Whoever restrains his words has knowledge, and he who has a cool spirit is a man of understanding.” The book of Proverbs has many pieces of advice for how and how not to use our words. In fact, just a few pages later in Proverbs 29:20 we read, “Do you see a man who is hasty in his words? There is more hope for a fool than for him” (ESV).

When I’m hasty with my words, I end up shooting myself in the foot, just like Barney. It’s foolish, and in my own reality apart from TV land, shooting from the lip doesn’t hurt just me. I also wound innocent bystanders on the other end of my unfortunate misfire, causing damage when my words tear into another’s heart.

So how do we remedy this quick-to-the-draw impulse and keep ourselves from the damaging habit of shooting from the lip?

We need to do what Proverbs 17:27 urges: restrain our words, have knowledge and a cool spirit. This means to stop, really think about what to say and allow our emotions to simmer down a bit before we let any words emerge from our mouth.

Back in Mayberry, the insightful Sheriff Taylor required that Deputy Barney keep his only bullet tucked safely in his shirt pocket. This way it took him a few seconds to load his gun, giving him time to think before he acted. When ol’ One Bullet Barney listened to his boss’s order, he had fewer accidents and less embarrassment.

However, Barney didn’t always take Andy’s advice. Throughout the episodes, the gawky deputy periodically reverted to old habits and prematurely loaded his gun. Those instances resulted in great ratings for the show and plenty of laughs, but they also serve as reminders that we can easily slip into our old “quick-draw” selves.

Barney had to make a choice to keep his bullet in his pocket. We have to make the choice every day to put away the verbal ammunition and restrain our words. When we choose to pause and ponder before we let words fly, we can keep a misfire from occurring.

Can we put our words away? Can we tuck them safely in a place where we will have to stop, think and cool down before speaking? Let’s keep our speech unlocked and unloaded, and not make it a practice to mindlessly shoot from the lip.

Father, help me pause and ponder before I speak, preventing myself from thoughtlessly shooting from the lip. I want my words to please You and not wound others. In Jesus’ Name, Amen.

I’m giving away a free printable PDF with 7 tips to help you stop shooting from the lips and speak words that will please God and strengthen your relationship with others. Mouth ever get you in trouble? FREE printable: 7 Tips to Stop Shooting From the Lips from @karen_ehman 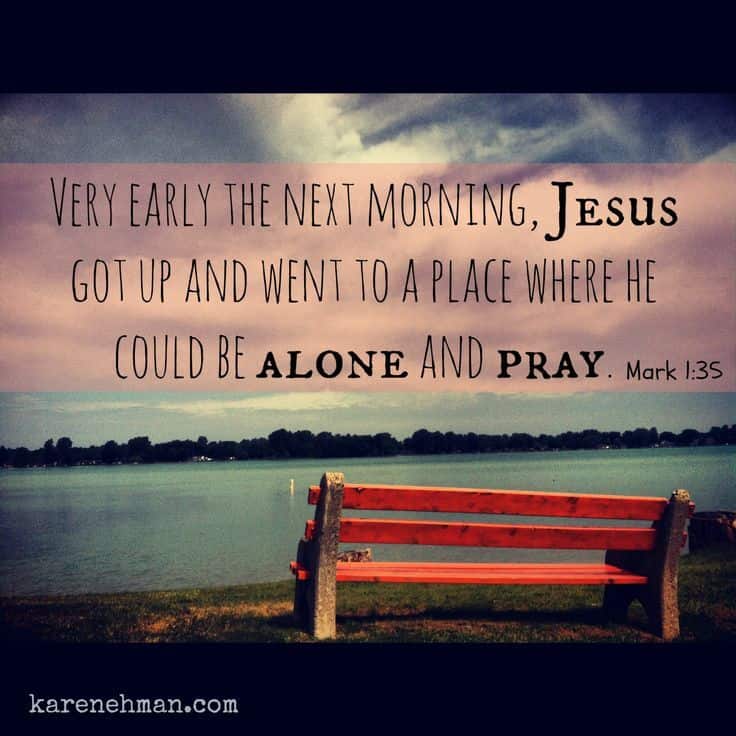 “Then, because so many people were coming and going that they did not even have a chance to eat, he said to them, ‘Come with me by yourselves to a quiet place and get some rest.’” Mark 6:31 (NIV) “I…

Welcome to those joining after reading my Proverbs 31 devotion Pause Before You Pounce. {click here to read it} Ever have times when, while interacting with family members around the house, you are certain you are going to blow your…

Try these creative ideas to put a smile on someone’s face this fall! Make a Caramel Apple Basket. What could be sweeter than a caramel apple basket in fall? For this simple gift idea, purchase a basket at a local… 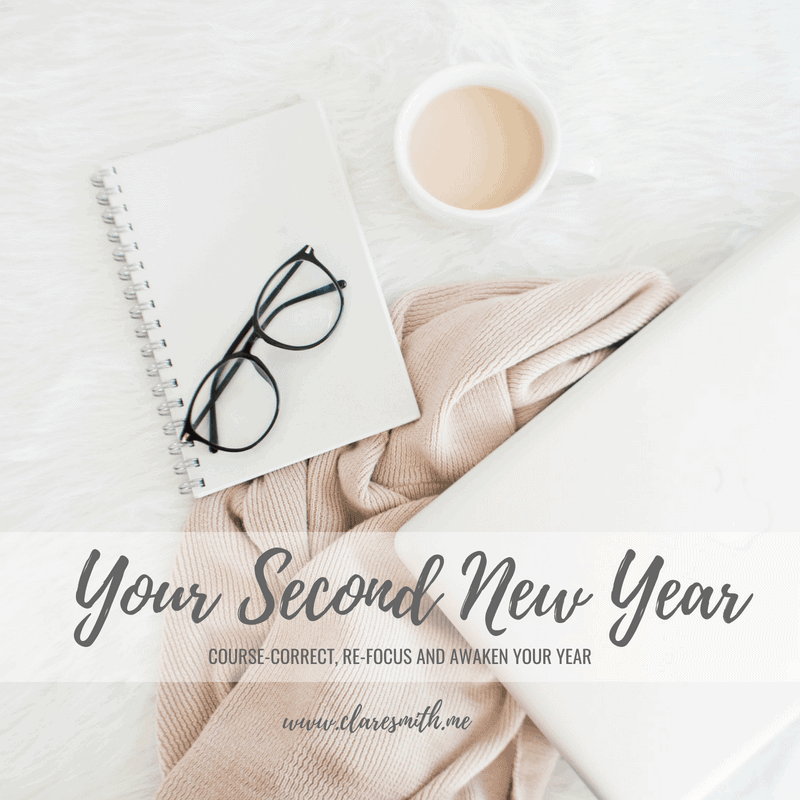 How are you doing on your New Year’s Resolutions? Feeling motivated? Still going strong? Or have you fizzled a bit? Today I’m welcoming my friend Clare Smith to the blog to share about her new challenge, Your Second New Year:… 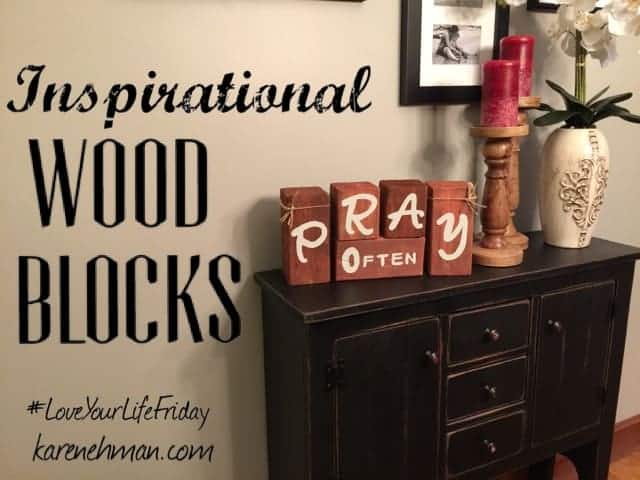 ATTENTION: WINNER of the Hearts at Home registration giveaway is: Melissa who left a comment at March 22, 2016 at 12:44 pm PLEASE email KarenEhmanAssistant@gmail.com with your name, what you won, and your home address! Thanks! :) Are you looking for a way… 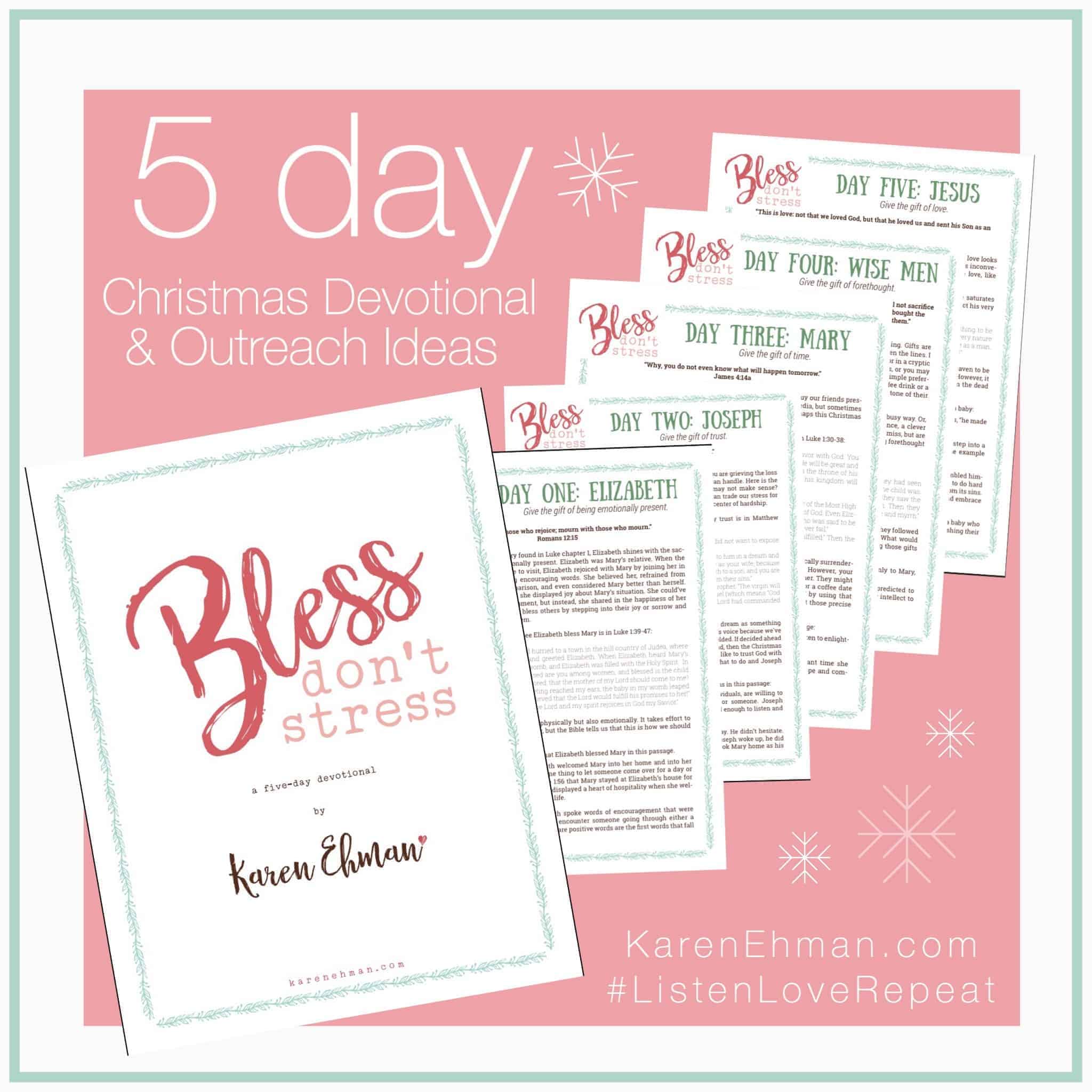 Welcome to those who have clicked your way over after reading my Proverbs 31 Ministries devotion, Making Holiday Excuses. If you haven’t read it yet, click here. ********************* This holiday season, don’t let your too-packed calendar knock the joy right out…