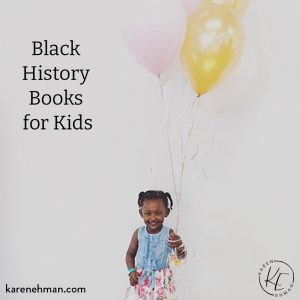 When our kids were young, I loved reading out loud to them as we snuggled up on the sofa. Books introduced them to fascinating people and faraway countries and helped broadened their imagination. We wanted to make sure that our family’s bookshelf reflected our circle of friends who were of various races, nationalities, and walks of life.

Although the month of February is officially Black History month, we read many books from our collection all year long. These books were designed to introduce them to people in history who were African American or to foster an understanding of important issues such as racism. They became some of their very favorite.

Here are some of the volumes we read, along with others I have discovered along the way. Happy reading! 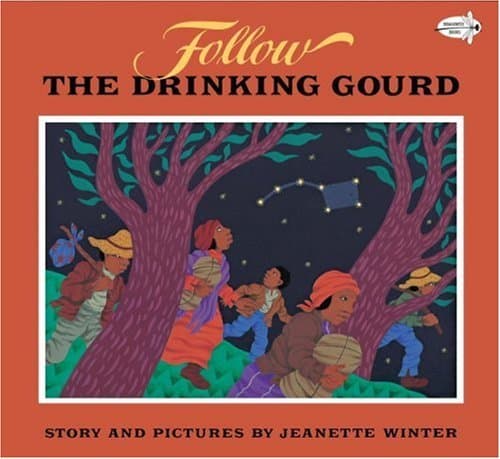 This was one of our kids’ favorites! Adventurous and suspenseful. Here is the description from Booklist:

“Winter’s story begins with a peg-leg sailor who aids slaves on their escape on the Underground Railroad. While working for plantation owners, Peg Leg Joe teaches the slaves a song about the drinking gourd (the Big Dipper). A couple, their son, and two others make their escape by following the song’s directions. Rich paintings interpret the strong story in a clean, primitive style enhanced by bold colors. The rhythmic compositions have an energetic presence that’s compelling. A fine rendering of history in picture book format.” 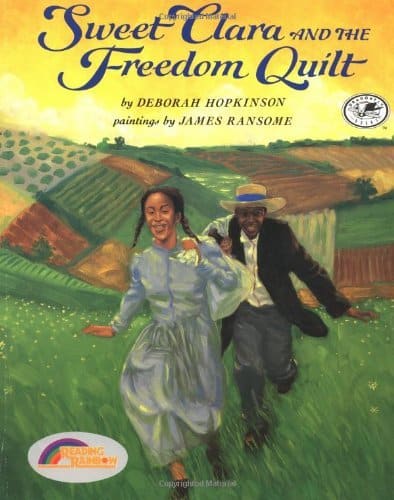 Sweet Clara and the Freedom Quilt

Another favorite of my kids because it is based on a true story. Clara, a seamstress who is enslaved on a plantation, longs for freedom—not just for herself, but for her family and friends. One day, she overhears a conversation about the Underground Railroad. It is then that she comes up with a brilliant idea. Using scraps of cloth and pieces of information gathered from other slaves, she creates a clever a map that her master would never figure out: a map on a quilt hanging out on the clothesline! 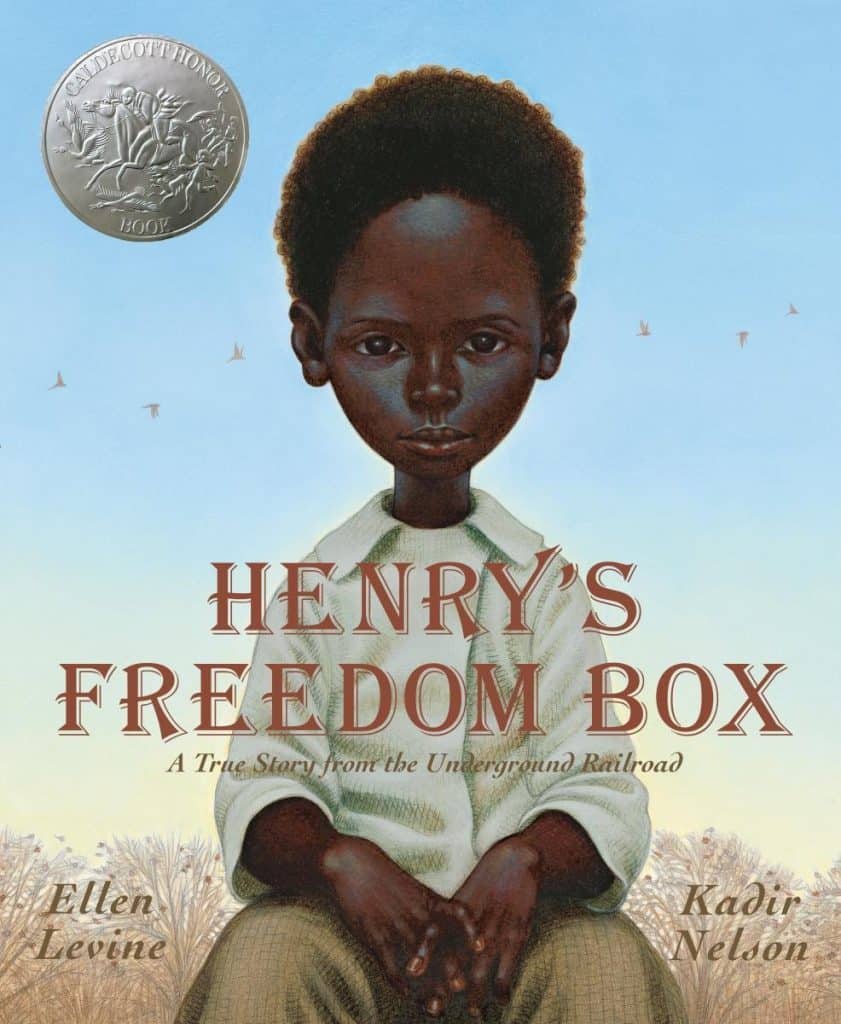 Henry Brown doesn’t know how old he is since nobody keeps records of slaves’ birthdays. He dreams about freedom, but one day he is torn from his family and forced to work in a warehouse. Later, as an adult husband and father, he again is devastated when his family is sold at the slave market. Then one day, as he lifts a crate at the warehouse, Henry comes up with a plan. He will mail himself to the North. Read it to find out what happens! 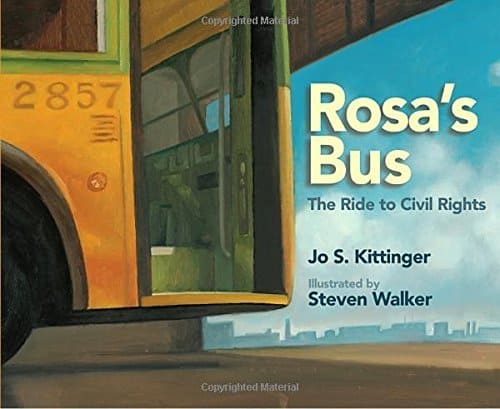 When I took my kids’ on a homeschool field trip to the Henry Ford Museum, my son Mitchell was fasciated by a bus that is featured there. It came from a Montgomery, Alabama and is famous for the role it played in the Civil Rights Movement.  In the 1950’s, all buses, including bus #2857 was segregated.  Whites sat in the front and black passengers were forced to sit in the back, But one day Rosa Parks refused to give up her seat to a white passenger and got arrested. This sparked the Montgomery Bus Boycott, a major event in Civil Rights history. This boycott was led by a young minister named Dr. Martin Luther King, Jr.  Rosa’s Bus tells this important story just for kids. 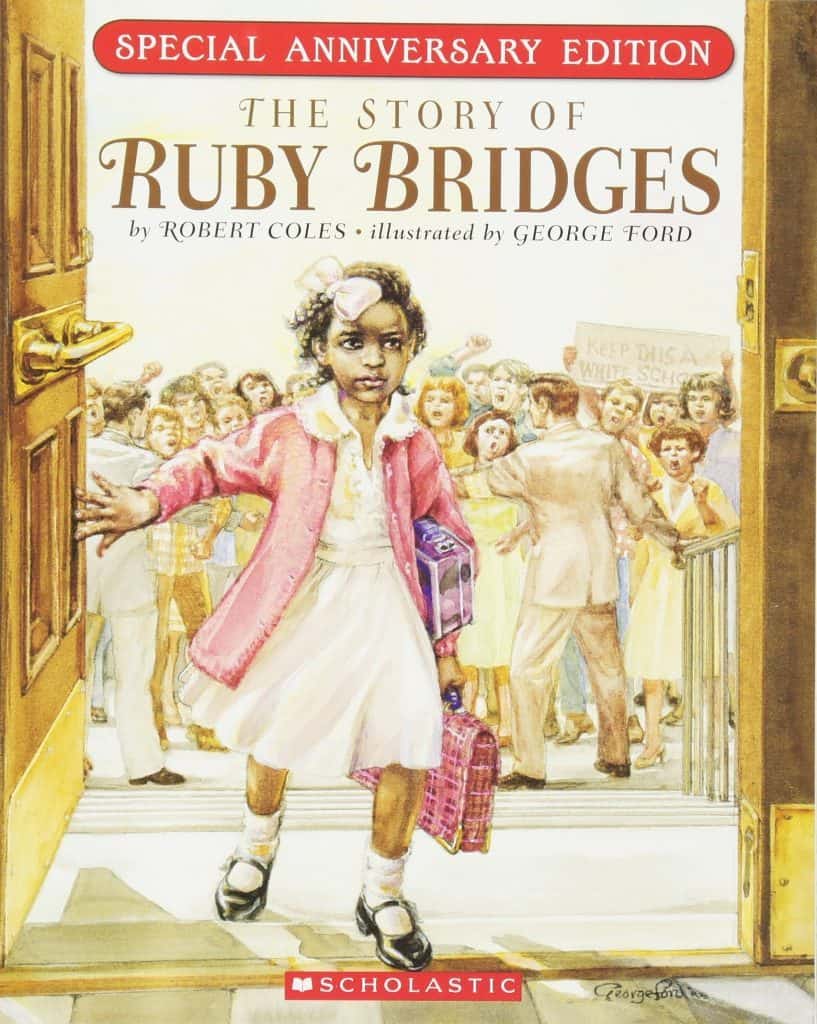 The Story of Ruby Bridges

“Please, God, try to forgive those people. Because even if they say those bad things, They don’t know what they’re doing.” This is the true story of a wise and astonishing 6-year-old who made history when she became the first African-American to go to first grade in an all white school. This retelling of the story shows her brave actions in the face of racism. 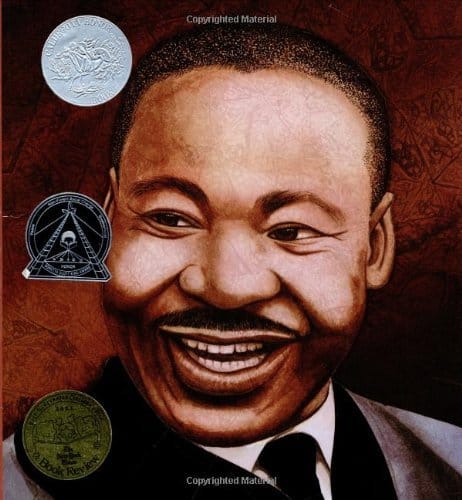 This picture book biography of Dr. Martin Luther King, Jr. is a delight. It uses quotes from some of his best-known and most-loved speeches to tell the story of his life and mission. 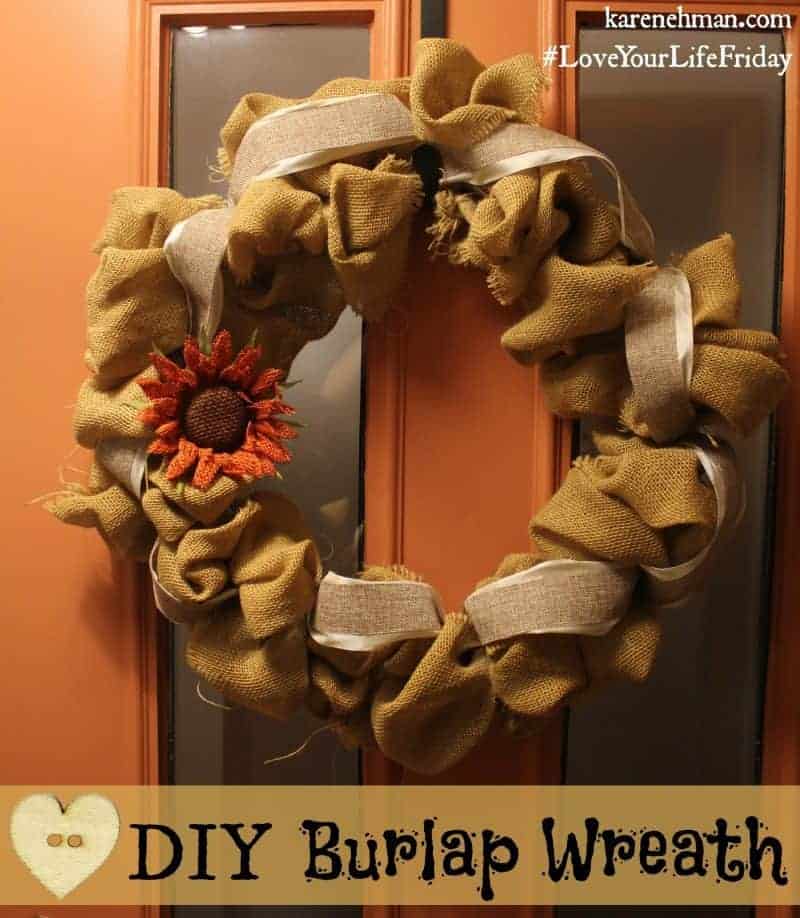 To brighten up your front door this fall, and in every season, here’s a DIY Burlap Wreath! You can easily change out the flowers and other decorations and make it a wreath for all seasons. DIY Burlap Wreath Step 1:…

For that parent out there that needs to hear this….. You are not your child’s choices. Their choices are their own. HOWEVER, you are their greatest prayer warrior. Never stop praying. Never. Ever. EVER!!! When you want them the least… 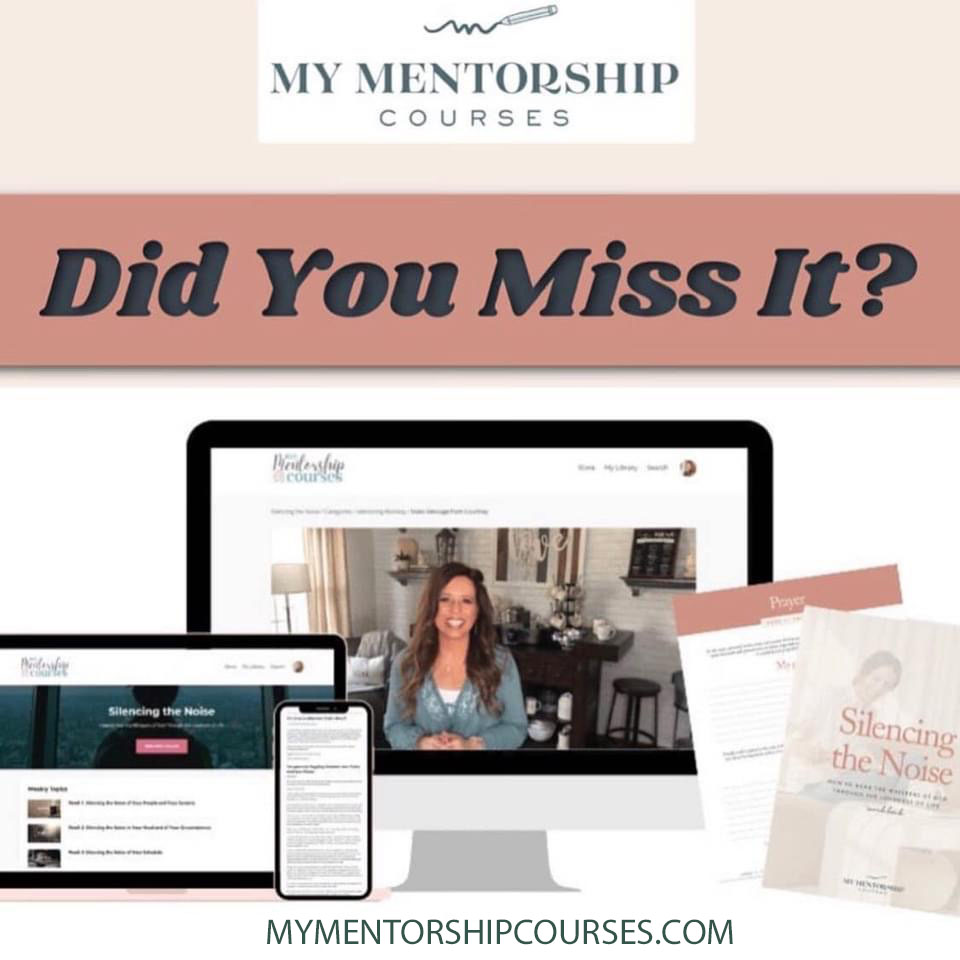 In case you missed the first announcement – we are in the midst of our Spring 50% Off Sale right NOW over at MyMentorshipCourses.com and we don’t want you to miss out! Right now, both courses are marked down from… 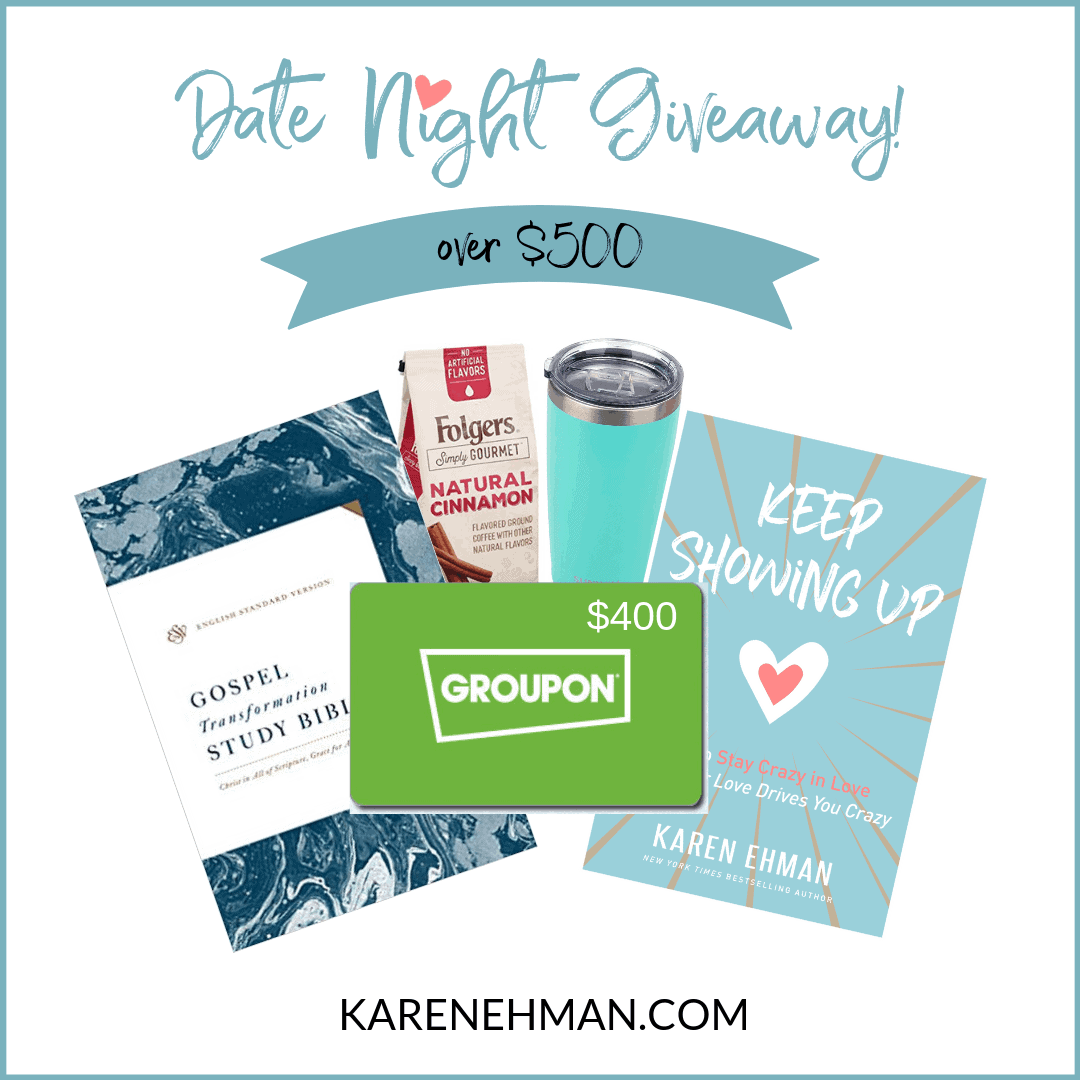 *Welcome to those of you joining from my Encouragement for Today devotion Will You Please Do It Just For Me? (If you haven’t read the devotion, click here. Be sure to come back for the GIVEAWAY!!) It is release day… 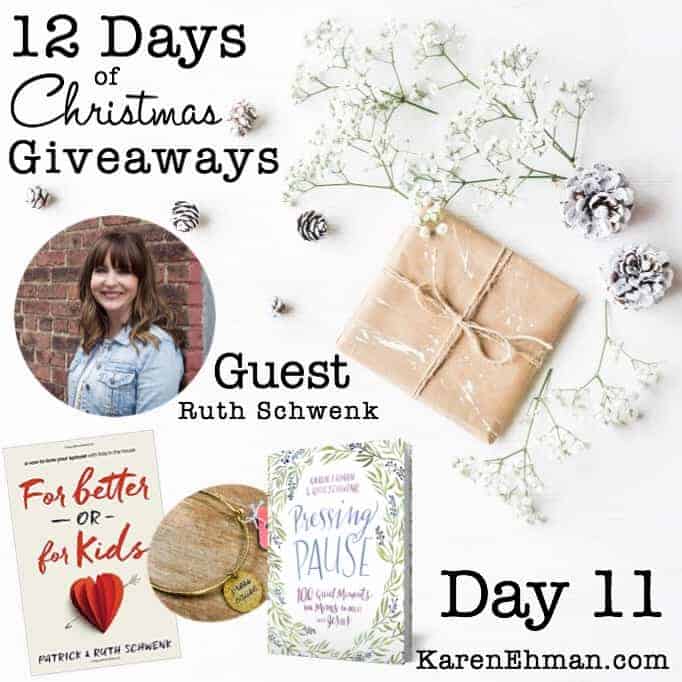 GRAND PRIZE!!! One of you WHO COMMENTS ON ALL TWELVE POSTS AND ALSO SHARES ABOUT THE SERIES ON SOCIAL MEDIA will win a grand prize from me, pictured here. REMEMBER…in order to win the grand prize, you must leave a…