Have you read my Proverbs 31 Ministries devotion for today entitled “I Didn’t Sign Up for This?” If not, click here to see what we’re discussing today. {be sure to come back for the guest interview and giveaway of 20 of his books!}

This week Americans celebrate freedom. But for many around the world {and even in the USA} there is no freedom. The sex trafficking industry is real and horrendous. My friend Tom is on the front lines fighting against this evil practice. Today I’ve invited him to share with you the realities of this atrocity. 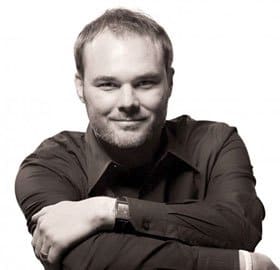 I met Tom Davis three years ago when he came to talk to our team at Proverbs 31. My heart was instantly drawn to the work he and his ministry perform helping orphans and those caught in the sex-traficking industry around the world. I’ve asked him to share a little with my readers today about his ministry Children’s Hope Chest. And, he is also giving away 20 copies of a novel he wrote about this issue entitled Priceless.

~ Tom, tell us how you came about having a passion to help orphans and those stuck in slavery?

On my first trip to Russia in 1997, my wife and I fell in love with a little girl named Anya. She was a beautiful 10 year old filled with wonder about her future and who would love her for the rest of her life. This was a pressing question for her because she had been an orphan since she was 3. We learned that orphans ‘graduated’ the orphan system at the age of fifteen or sixteen. It wasn’t really a graduation, it was an abandonment. They were forced to leave and make it on their own. The results were horrendous. 15% committed suicide within 2 years, 70% of the girls ended up in forced prostitution and 80% of the boys lived on the streets or were put in jail.

Without our help, Anya would be facing life as a sex-trafficking victim. The odds were not in her favor. My wife and I just couldn’t let that happen. In our hearts she became our daughter at that moment, although it took us a year to complete the process. As I became aware of the countless numbers of other ‘Anyas’ in the world, I couldn’t turn a blind eye. I had to continue to do something to see that other innocent girls like Anya didn’t end up in a situation where they became a trafficking statistic.  I’ve given my life to this for the last 16 years.

~ Today you are the CEO of Children’s Hope Chest. Tell us about that ministry’s heartbeat and mission. 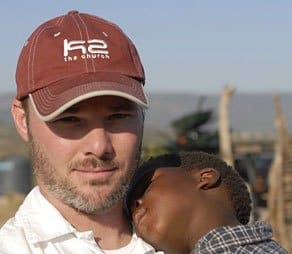 Children’s HopeChest connects Christian communities in the U.S. and Canada with impoverished communities of orphans overseas. This unique “community-to-community” sponsorship leverages the power of one community of Christians making a long-term, transformational impact on a community of orphans and vulnerable children.

Ultimately, these relationships and resources empower orphans to survive, thrive, and succeed within their home culture. HopeChest partners primarily with churches, businesses and Christian communities such as blogs, online groups, book clubs, and small groups. These sponsoring communities are providing help, training, and discipleship for over 10,000 orphans. HopeChest has over 100 active partnerships in Russia, Swaziland, South Africa, Ethiopia, Uganda, Haiti, Guatemala, Moldova, and India.

Simply put, we want to help every orphan we find have the hope of a future and the blessing of loving people surrounding them.

~ How can my readers go about also helping orphans and slaves from right where they are now?

Let’s make it really easy. Email me: [email protected]. I will get back with you immediately. There are so many things people can do to help. Once I know your heart regarding this issue, I can clearly direct you. You can also go to our website to find out more information at www.hopechest.org. ;

~You are generously giving away 20 copies here of your novel Priceless. Tell us what that book is about. 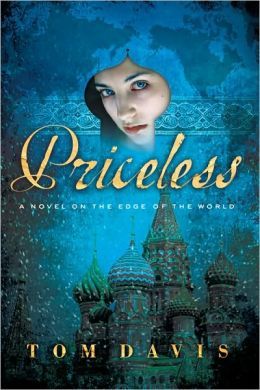 Priceless is the story about a young girl named Marina who leaves a Russian orphan and becomes a victim of human trafficking. Tragically, her story is the story for thousands and thousands of girls in our world. They become trapped in predicaments like this because they have absolutely no one to look after them. Nobody loves them; they are forgotten.

Because they have no place to live and are unable to find employment, they become targets for sexual predators. It’s easy to see how they get caught up in this industry. I’ve done a lot of studying in this area, and once girls are in, it’s almost impossible for them to get free without some kind of help.

They find themselves in foreign countries where they don’t speak the language, their passports are taken from them, they have no money, no way to make phone calls, and they don’t personally know anyone in their surroundings. Most are scared to death because they are told if they run away they’ll be found and killed, or if they have living relatives, their relatives will be killed.

The hero of the story is an award-winning photojournalist named Stuart. He could be you or me. I wanted people to see the life of a trafficked young girl through his eyes, feel his emotions, and have their heart enter into the storyline.

Priceless is a novel, but it is based on true stories.

Here’s a sad fact: When it comes to orphans, the truth of this Scripture is overwhelming. “Be of sober spirit, be on the alert. Your adversary, the devil, prowls around like a roaring lion, seeking someone to devour” (1 Peter 5:8).

The enemy rapes, pillages, destroys, and devours the life of every single orphan he can get his hands on. He takes advantage of the little orphan girl because she is helpless to protect herself. There is no natural parental covering, no spiritual covering, rarely even a communal covering. They are caught all alone, in a blizzard of abuse, and they are exposed to all of the elements. So our enemy devours them.

To devour means to destroy something rapidly and completely. I’ve seen this too many times in places like Russia. Currently, there are over 2 million children enslaved to forced prostitution—and this number has drastically increased in the last year. Hundreds of thousands of children are caught up in armed conflict as combatants, messengers, porters, cooks, and sex slaves for armed groups. In many cases they have been forcibly abducted.

I firmly believe that the orphan is precious to God. He created them in His image, He loves them, and His heart is broken for them. His answer to this tragedy is you and me. We have to utilize our influence, our relationships, and our talents to fight this enemy. As long as we sit on our hands, the enemy will continue to unleash hell and savagely kill the innocent. Dare we continue to just watch it happen?

Tom, THANK YOU so much for sharing with us today, inviting us to partner with Children’s Hope Chest and giving away your novel!

Now, to be entered to win one of the 20 copies of Priceless, simply leave a comment on this post or a short prayer of encouragement to Tom and his team. Winners announced Monday.

Happy Fourth of July to my American readers. Can I ask you a favor? When you see a sign of freedom—a fireworks display or waving flag—will you use it as a prayer prompt to remind you to whisper a plea to God on behalf of the children, women and yes–even men—caught in the trap of slavery?

Tom and I both thank you. 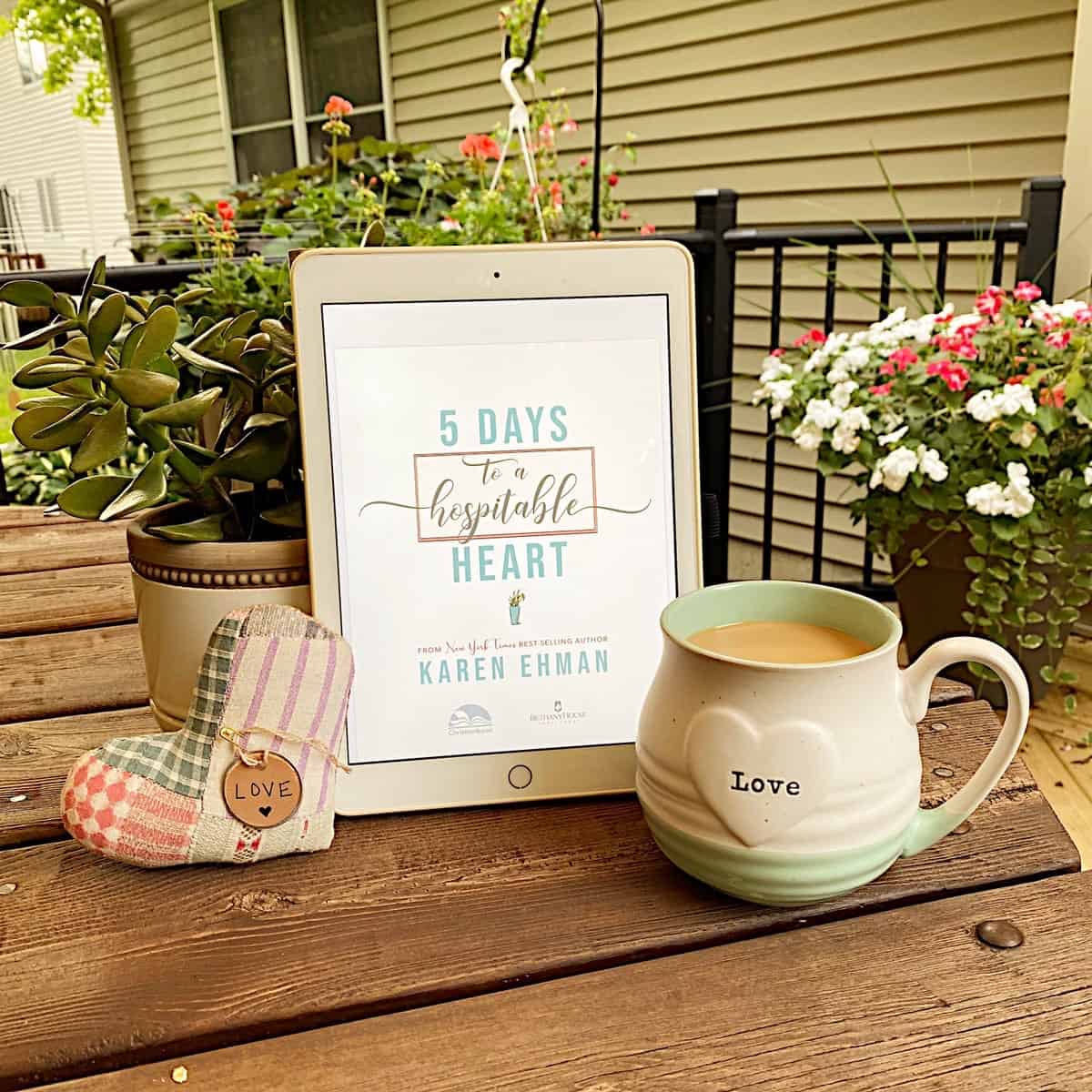 I’m thrilled to announce a special pre-order bonus for my new book releasing in October, Reach Out Gather In: 40 Days to Opening Your Heart and Home. Reach Out, Gather In highlights the why of hospitality, so that your home and life… 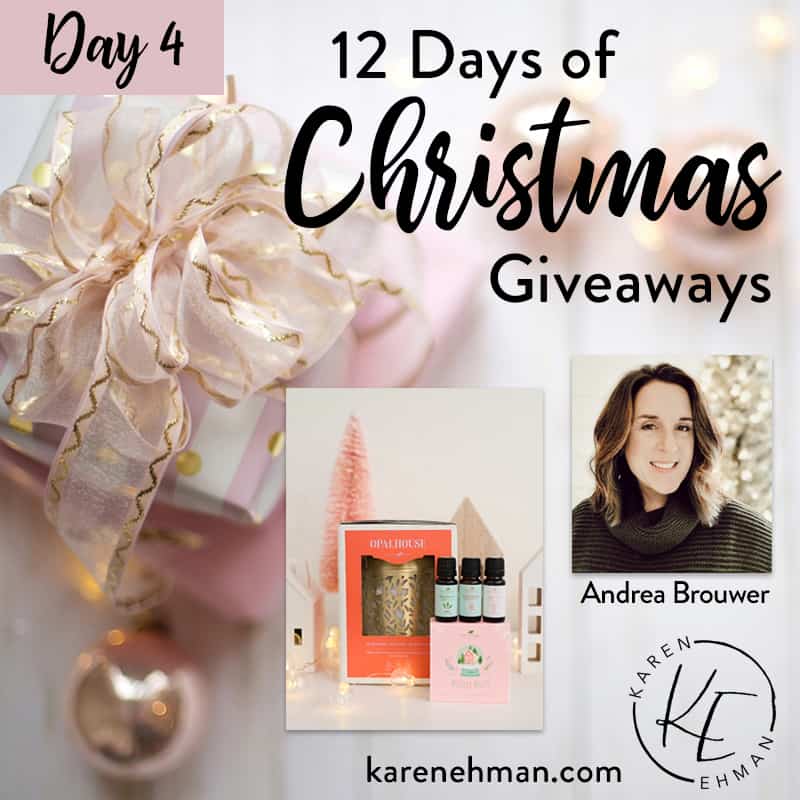 *If you are reading this post in your email inbox, be sure to navigate to my blog order to leave your comment and be entered to win the giveaway. To do so, click here. NOTE: The best way to make… 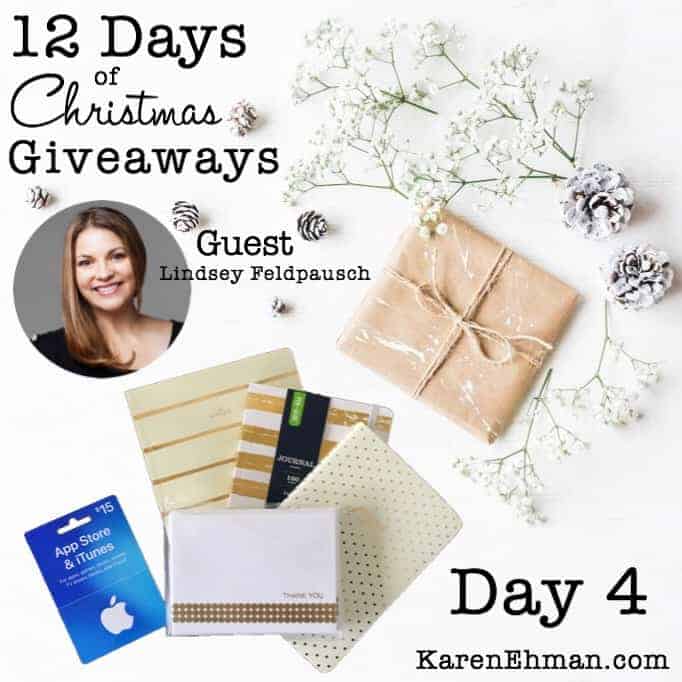 GRAND PRIZE!!! One of you WHO COMMENTS ON ALL TWELVE POSTS AND ALSO SHARES ABOUT THE SERIES ON SOCIAL MEDIA will win a grand prize from me, pictured here. REMEMBER…in order to win the grand prize, you must leave… 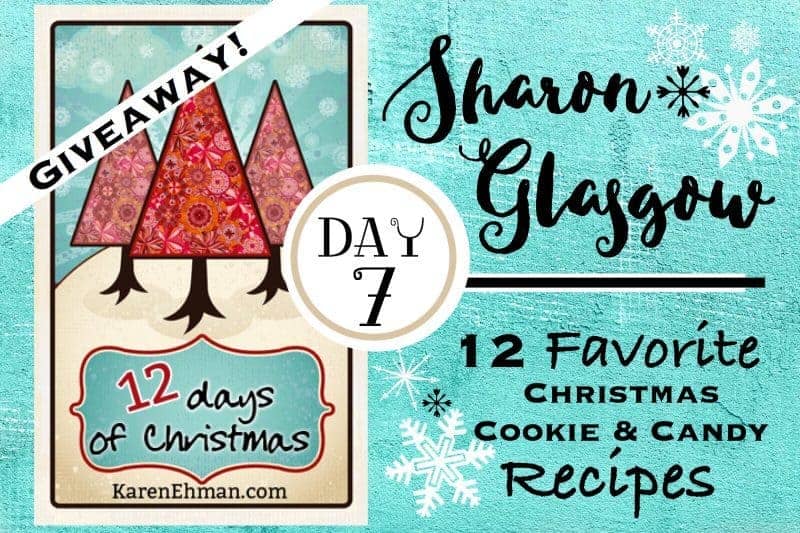 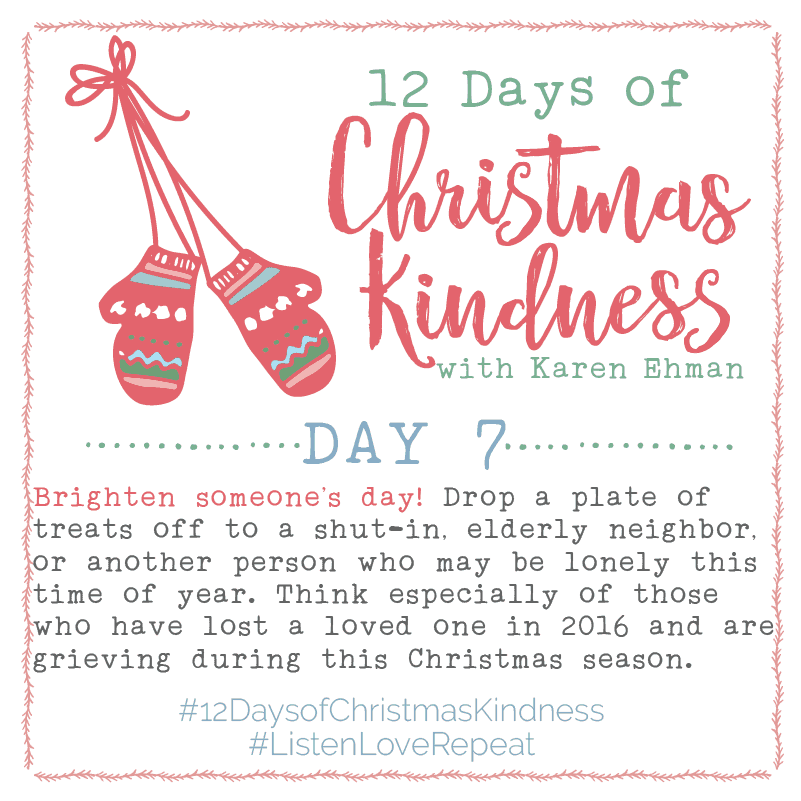 It’s Day Seven of 12 Days of Christmas Kindness, giving simple and doable ideas for reaching out to others during the Christmas season. If you’re just joining us, catch up on each day here. For Day Seven, let’s brighten someone’s day!…

Here are the books I am currently reading, along with my thoughts about them. Please note that I may not agree with the entirety of the authors’ views and ideas, but overall I thought the books were very helpful and/or…